Renewable Energy Supply for Distillation of Essential Oils on Comoros

Comoros the Nr.1 worldwide in distillation of Ylang-Ylang. Traditional distillation used wood as fuel, but this resource is very limited on the tropical islands with growing population.
For our partner 2 Mains Comoros we developed a concept of solar distillation for Ylang-Ylang.
Steam for the distillation is generated by Photovoltaic panels. The back-up for the solar power supply is a very efficient biobriquette burner implementing improved combustion. 2Mains is engaging in the production of bio-briquettes from organic waste in a project improving wastemanagement on the islands of Comoros. The bio-briquettes are planned to replace wood for distillation. Our improved biomass burner can handle bio-briquettes as well as wood and coconut waste. Compared to traditional burners for distillation on Comoros it uses up to 15 times less wood.
The steam flow  can be set independently of the intensity of the fire. It remains constant throughout distillation. Excellent quality of Ylang-Ylang oil and low consumption of biomass prooves this new concept to be successful.
The smokeless combustion improoves the working environment of the destillers and reduces pollution.
Technology implementation started in December 2015, when a first prototype of a 200ltr distillation unit with bio-briquette burner for steam generation (of 14kW) was installed and tested in  in a renowned distillery on Gran Comore. In May 2017 a second prototype of the burner, with improved handling and simplyfied geometry was installed for testing.
With feedback from the distillers it was decided to scale the distillation unit to a capacity of 600ltr volume.
In 2018 an upscaled burner of 42kW was installed together with a distillation unit of 800ltr volume. The burner produces 60kg of steam per hour. It is installed at the collective distillation site of a cooperative of farmers and growers on Moheli. 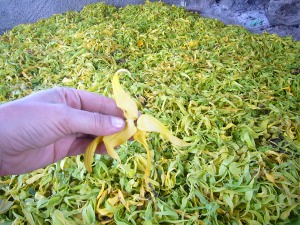 Ylang-Ylang flowers, the raw-material for distillation 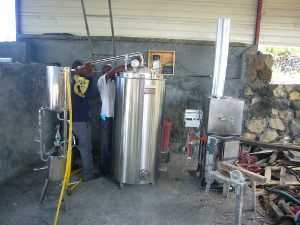 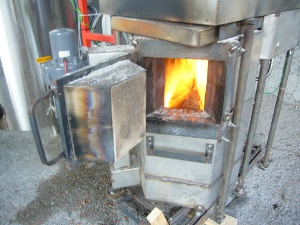 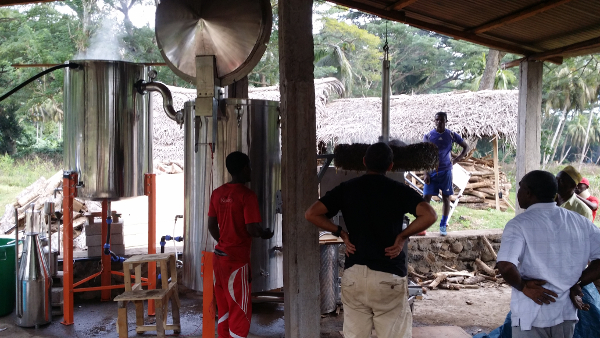 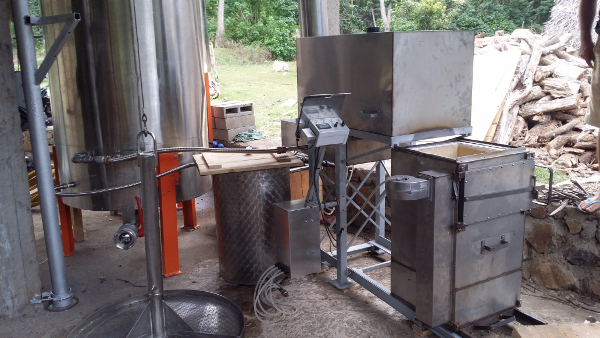 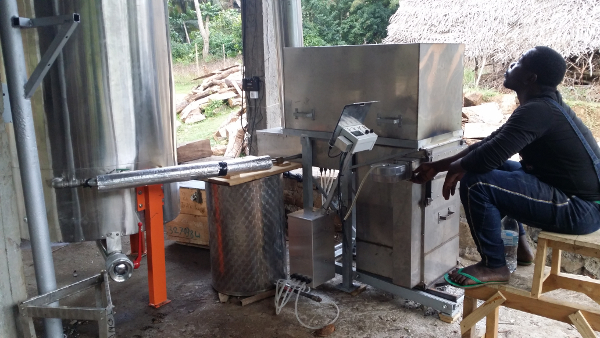 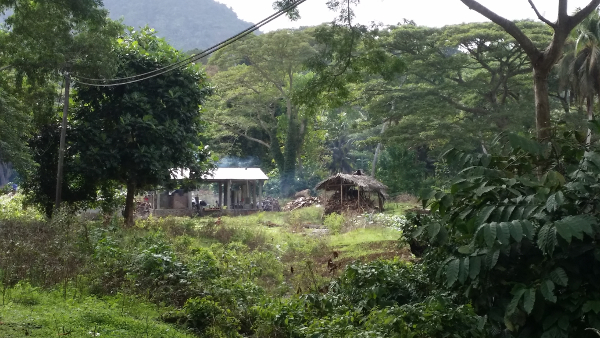 In a further project phase the complete concept of solar distillation with the PV field will be implemented.